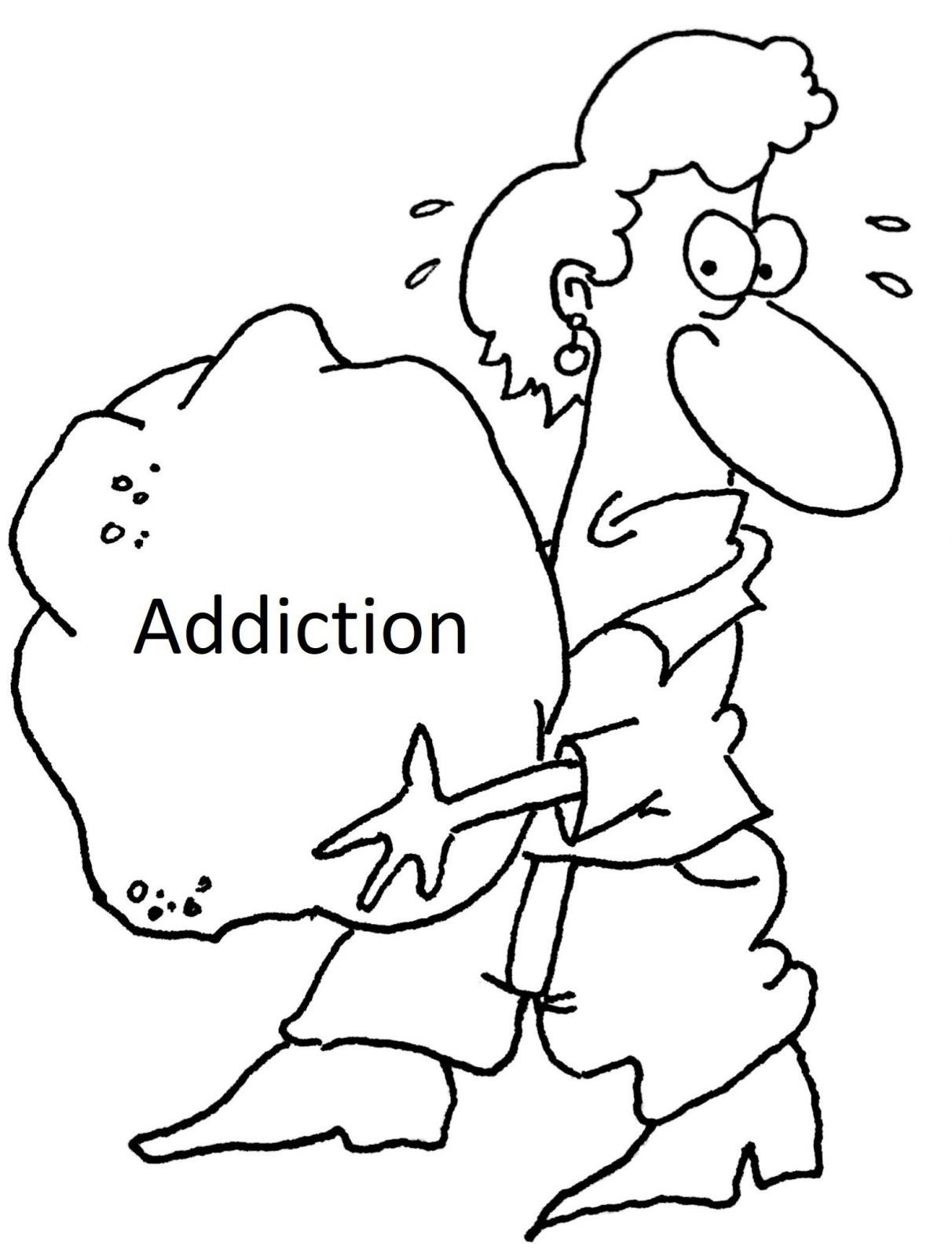 Or: what do you know about the drugs people abuse?

“Drugs are a waste of time.  They destroy your memory and your self-respect and everything that goes along with your self-esteem.”  –Kurt Cobain

Perhaps you’re here because you’re an addict questioning the safety of your drug, or your have a daughter or neighbor with an addiction and you desperately need to understand the characteristics of the substance they’re taking.  No matter where you’re sitting now, please remember this page is NOT about encouraging people to use drugs. This article is an objective review of the side effects and withdrawal symptoms of common drugs of abuse.  Remember, these chemicals are powerful and dangerous.  They change the way a person acts and feels, potentially leading to relationship difficulties, unemployment, homelessness, health problems, driving while intoxicated, injury to others, and even death.  They destroy lives.  Please don’t play with fire!

Opiates are a very addicting group of drugs and include heroin, Methadone, Subutex, Oxycontin, Fentanyl, Percocet, Darvocet, Morphine, and others. In clinical practice they are used to treat pain (except for heroin), but many people abuse them.

Intoxication. Opiates are used by injecting, snorting, smoking, or taking by mouth in pill form. The user exhibits poor judgment, incoordination, and problems walking and talking.  Side effects include constipation, slowed heart, and sleepiness.  If they take too much, often done by underestimating the potency of what they’ve used, the consumer stops breathing and potentially dies.  According to the National Institute of Drug Abuse, Fentanyl and laboratory-made opiates were responsible for the overdose death of 20,000 Americans in 2016.  This is a serious problem.  More people have passed away from the drug overdose epidemic in the past few years than Americans who died in the Vietnam War!

Withdrawal. Opiate withdrawal isn’t life-threatening but can be a miserable experience. A person detoxing from opiates is anxious and restless, tearful, complains of body aches and belly pain, and fears dying.  Symptoms of opiate detox also include drooling, vomiting, diarrhea, fast heart rate, fever, itchiness, insomnia, and craving to use drugs.  Doctors try to ease suffering with medications, but not all symptoms can be avoided.  Withdrawal lasts up to five days, or longer for Methadone and Subutex.

Stimulants are often called “uppers” and include cocaine and amphetamines like

Ritalin, Adderall, Vyvance, methamphetamine, and others.  Ecstasy is considered a stimulant and has similar effects, though it has hallucinogenic properties too.

Withdrawal: Coming down from cocaine and amphetamines causes depression. During withdrawal, the person is sad, withdrawn, hungry, has no energy, and craves the drug. They tend to sleep all the time and sometimes have suicidal thoughts or attempt suicide.  Withdrawal can last for a few days to a week.  There are no medications to treat stimulant detox.  Treatment is keeping the person safe.

Hallucinogens are drugs that cause hallucinations, or strange sensory experiences that aren’t real. This group includes LSD, mescaline, peyote, and mushrooms.

Intoxication: Taking hallucinogens causes the user to see and hear things that aren’t there. They lose touch with reality.  These experiences can be terrifying, called a “bad trip.” Other effects include panic, loss of appetite, problems walking, fast heart rate, and high blood pressure.  Rarely, a person can injure themselves or others while high.

Withdrawal: The effect of hallucinogens usually wears off on its own, without any withdrawal symptoms, but there are some people who are troubled by “flashbacks” after the experience, especially with LSD. This means they have hallucinations even when they aren’t using the drug.

This group includes alcohol, benzodiazepines (like Xanax, Ativan, Valium, and Klonopin), and barbiturates (like Phenobarbital and Pentobarbital).  Barbiturates were once prescribed for anxiety, but due to dangerous side effects they aren’t used very often.

Intoxication: Taken at high doses, downers can cause problems with walking and speaking, as well as sleepiness, poor judgment, blurred vision, sweating, and low blood pressure.  In excess, or when mixed with other downers, they cause coma and death.  Chronic alcoholism is associated with liver and brain damage.

PCP/Ketamine are hallucinogen-like drugs that take away body sensations.  Ketamine is a highly-controlled medication used for anesthesia, and more lately for depression and pain.  Both PCP and Ketamine are still abused on the street.

Intoxication: PCP and Ketamine addicts see and hear things that aren’t there, and their bodies become numb of sensation. Other effects include panic attacks, loss of appetite, problems walking, sensitivity to noise, blurred vision, fast heart rate, and high blood pressure.  At high doses, PCP makes people agitated and aggressive: addicts have been known to injure themselves or others while high.  PCP can also cause tight muscles, muscle break-down, and secondary kidney disease.

Withdrawal: The effects of PCP and Ketamine usually wear off on their own without withdrawal symptoms.

Marijuana, or cannabis, is derived from the hemp plant, Cannabis sativa.  The main mind-altering chemical is THC.  Synthetic cannabinoids (often called K2 or spice) are man-made chemicals that are much stronger and more dangerous than cannabis.

Intoxication: Marijuana is used by smoking, vaping, or eating in food. In low doses and occasional use, it can produce mild euphoria; side-effects include problems with balance, increased heart rate, hunger, red eyes, and problems with concentration and learning.  It can sometimes cause hallucinations and panic attacks.  Long-term use is associated with paranoia and chronic cough; heavy users can rarely develop lung disease and cancer.  Teenagers, because of their developing brains, can have possible loss of IQ points.  Synthetic marijuana is associated with agitation, suicide attempts, and heart attacks.

Bath salts and Flakka are synthetic cathinones.  They are cheap stimulants that are ingested, snorted, or smoked.  Bath salts are so-named because they look like the bath salts you put in the bath, but they aren’t related.

Intoxication: When people take bath salts or Flakka, they tend to start out with euphoria, feel indestructible, even take their clothes off, and experience visions and sounds that aren’t real; this often develops into a “delirious reaction,” where they become disoriented, confused, agitated, paranoid, and profoundly aggressive.  Self-injurious behaviors and cannibalism aren’t unheard of.  The effects can last more than a week.  Side effects include high blood pressure & heart rate, and physical exhaustion — and rarely fever, muscle break-down, kidney failure, and heart attack.

Withdrawal: Detoxing from bath salts or Flakka is like detoxing from an amphetamine. Withdrawal is marked by depression, confusion, withdrawing, sleeping excessively, and cravings to use again.

You or somebody you know dealing with an addiction?  Related articles include

Also, check out the National Institute of Drug Abuse website for dozens of helpful articles.

Sign up now and receive a free copy of the 10-page e-book, 100+ WAYS TO TAKE ON DEPRESSION AND WIN. Professional advice, silly cartoons, and filled with hope... this booklet is written for you!