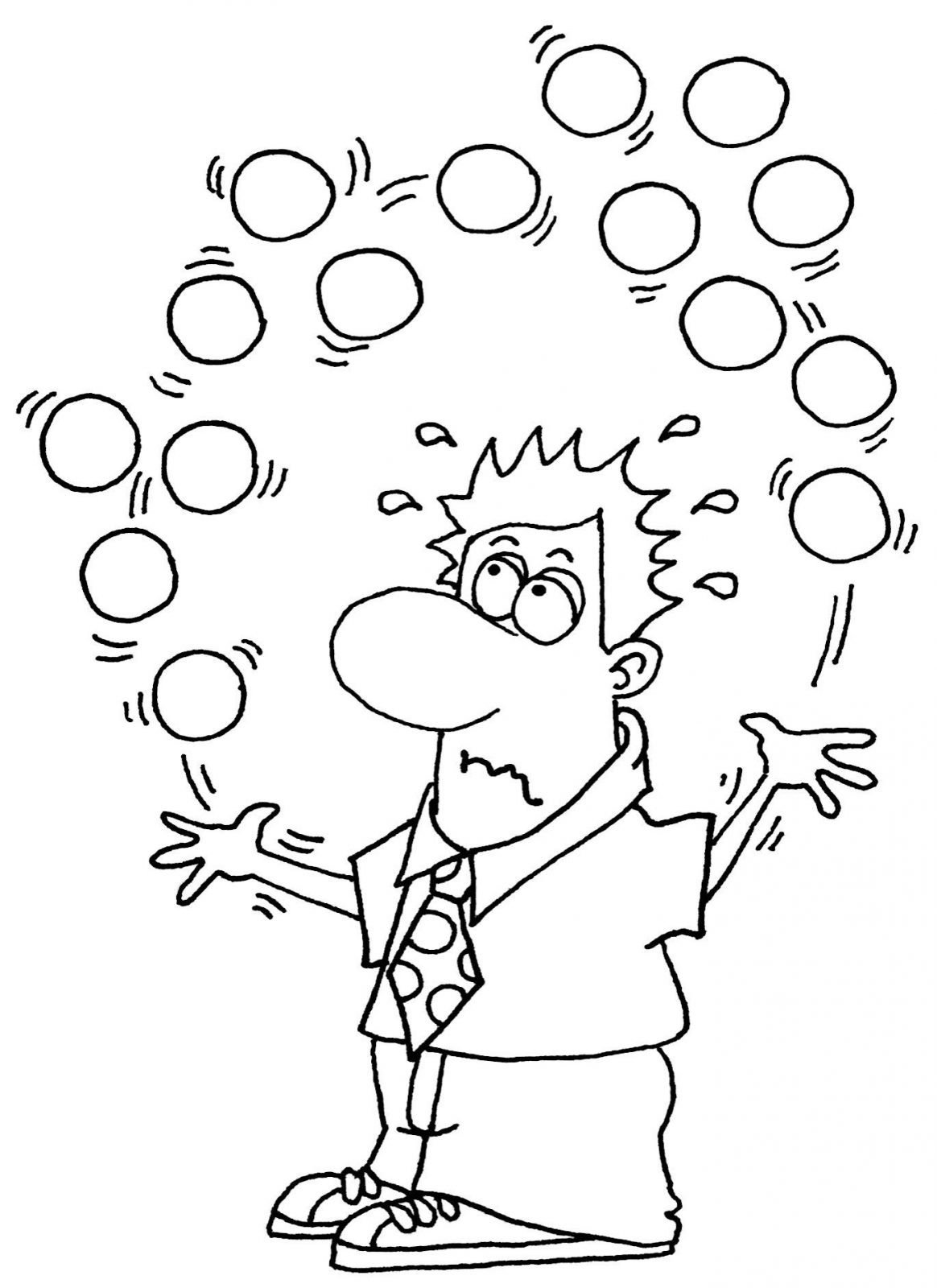 Obsessive Compulsive Disorder (OCD) is about obsessions and compulsions, but what exactly do these words mean?  Here’s a little information about this illness.

Obsessions are unwanted, repetitive thoughts or mental images that make a person miserable, usually resulting in a decision to avoid the thought altogether.

But have you ever tried to not think about something?  For example, if you’re told not to think about a duck, what happens?  Chances are you think about a duck.  Lots of ducks.  Obsessions work in a similar fashion.  The harder the affected person tries to stop or ignore these thoughts, the more powerful the obsessions become.

An example of an obsession would be a repetitive mental phrase like (and this is a typical obsession), “I hope my mother dies a painful death.”  The thought is extremely distressing, so the person with OCD makes a conscious effort to put it aside.  But, again, the more you ignore the thought, the more intrusive, bothersome, and overpowering it becomes.

Other types of obsessions include worrying about injury to self or others, fear of contamination, exaggerated need for perfection or symmetry, and taboo thoughts about sex (bestiality, incest), religion (anti-God statements), or being aggressive (killing a loved one).

Of note, the obsession is often juxtaposed to a person’s beliefs or desires.  For example, it’s not uncommon for a religious person to have uncomfortable sexual or religious thoughts.

Compulsions occur when a person feels a need to cancel or “undo” an obsession by performing a certain ritual.  They have an overwhelming sense that something terrible will happen if they don’t complete this task.  Basically, it’s a case of “I have to do this to make sure that doesn’t happen.”

For example, a person with intrusive images about killing his wife (an experience that pains him, since it’s the last thing he’d ever do) might counter the thought by saying “I love my wife” fifty times or hugging her repeatedly whenever he sees her.  If he’s not able to fulfill the compulsion, he feels fidgety, guilty, and fearful.  Part of him even worries the obsession might come true.

A compulsion can be mental, like the need to say a prayer twenty times to “undo” a sacrilegious thought.  They can also be physical.  Checking the stove repeatedly throughout the day to make sure it’s off is a physical compulsion.   (Check twice is considered normal!)  Other examples include counting, hand-washing, a disproportionate need to organize, mental repeating, fear of touching things, locking & unlocking doors, excessive list-making, or sense that tasks need to be done in a certain order.

Obsessions and compulsions are always problematic.  They take up at least an hour/day, usually longer, and interfere with many aspects of the individual’s life, including academics, work, relationships, or social life.  People with OCD don’t “obsess” over a topic because they like it or perform rituals because they find them fulfilling.  They’re miserable; they usually know their symptoms are excessive but can’t stop.

Obsessions or compulsions frequently cause intense shame about the nature of the thoughts and the need to carry out these rituals.  This embarrassment makes the cycle worse.  Unfortunately, many sufferers put off seeking help because of this shame, making the disorder more difficult to treat when it’s finally diagnosed.

OCD vs perfectionism, addiction, and need for control

Sometimes it’s hard to separate OCD from other problems or issues.  It’s important to remember that this disorder isn’t about being organized, hyper-focused on a single interest (like being “obsessed” with something enjoyable), or controlling/demanding of others.  It isn’t about having an “obsessive personality” either.

A perfectionist who recopies her work notes (to have them perfect) doesn’t have OCD unless the note-copying is an all-consuming and problematic behavior, something she can’t stop.  If the perfectionist isn’t overly rigid and her actions don’t disturb those around her, it’s unlikely she has an illness at all.  Her organization and focus on detail might be academically beneficial, if she is able to balance production with perfection.  Keep in mind that OCD almost always causes dysfunction.

An addict‘s “obsession” with pills and drugs might be time-consuming and problematic, but (unlike the person with OCD) he performs this behavior because he craves the target drug.  He enjoys using and thinking about getting high.  The difference between OCD and addiction, then?  There are many, but a major finding is that people with this condition don’t enjoy the object of their obsession/compulsion.  If anything, they fight to stay away.  This distinction is important when it comes to treatment.  For substance abusers, the treatment is abstinence.  For those with OCD symptoms, the approach is the exact opposite.

A demanding boss who likes to be in control and refuses to consider anyone’s opinion except his own likely doesn’t have OCD — especially if he enjoys being in control (the OCD sufferer’s need for control would be out of fear), doesn’t see his behaviors as excessive or distressing (the individual with OCD usually recognizes their actions are exaggerated), and has no major life consequences from his behavior except for a few unhappy employees (someone with OCD would have considerable life dysfunction).  To have an obsessive compulsive spectrum disorder, a demanding person would also need to have obsessions or compulsions.

Obsessive personality, also called obsessive compulsive personality disorder (OCPD), refers to a chronic pattern of rigidity and orderliness to the point of lacking flexibility.  Affected individuals try to control every aspect of their environment, including other people.  They get upset when a colleague or peer doesn’t do something their way.  They’re often so focused on details and rules that they miss the big picture.  Unlike people with OCD, they see their actions as fully justifiable, their decisions with aim and purpose.  Note that people with OCPD don’t have obsessions or compulsions.

OCD tends to be linked with certain medical problems:

Tic disorders.  There’s a high incidence of tic disorders in people with OCD.  Tics are quick, involuntary movements.  There are two kinds.  Motor tics are rapid physical movements like shoulder shrugging or eye blinking.  Verbal tics include involuntary expression of words and sounds, like grunting, repeating others, or cursing.  It’s not uncommon for people with Tourette’s Syndrome, a severe kind of tic disorder, to experience obsessions and compulsions.

Streptococcal infection.  In rare cases, OCD and tics develops in children after a streptococcal infection, a sudden-onset illness called Pediatric Autoimmune Neuropsychiatric Disorders Associated with Streptococcal Infections (PANDAS, link opens the NIMH website in a new page).  In addition to having obsessions and compulsions, the child is often restless, moody, distracted, and complains of joint pains.

Psychotherapy and self-help strategies are extremely beneficial for OCD and should be considered first choice for treatment, especially for milder illness.  Psychotherapists teach their patients to overcome obsessions and compulsions by having them change their behaviors, a type of treatment called behavioral therapy.  In both talk-therapy and self-help efforts, the focus is on changing one’s response to the problem.  For more information, check out Self-help for OCD.

Deep brain stimulation (DBS) and lesion surgery are for people with OCD who haven’t responded to conventional treatments.  DBS involves surgically implanting electrodes into specific parts of the brain; activating these electrodes appears to reduce obsessions and compulsions.  Lesion surgery, like cingulotomy, involves deactivating or removing specific parts of the brain.  An overactive anterior cingulate cortex has been identified as a main player in this disorder, so removing its signal (a cingulotomy) seems to reset the brain’s clock and diminish symptoms.  For people with severe, treatment-resistant OCD, having these options can be a life-saver.  Unfortunately there is no treatment that works for everyone.

Sign up now and receive a free copy of the 10-page e-book, 100+ WAYS TO TAKE ON DEPRESSION AND WIN. Professional advice, silly cartoons, and filled with hope... this booklet is written for you!