You are here: Home / Conflict / How do I get rid of this guilt? 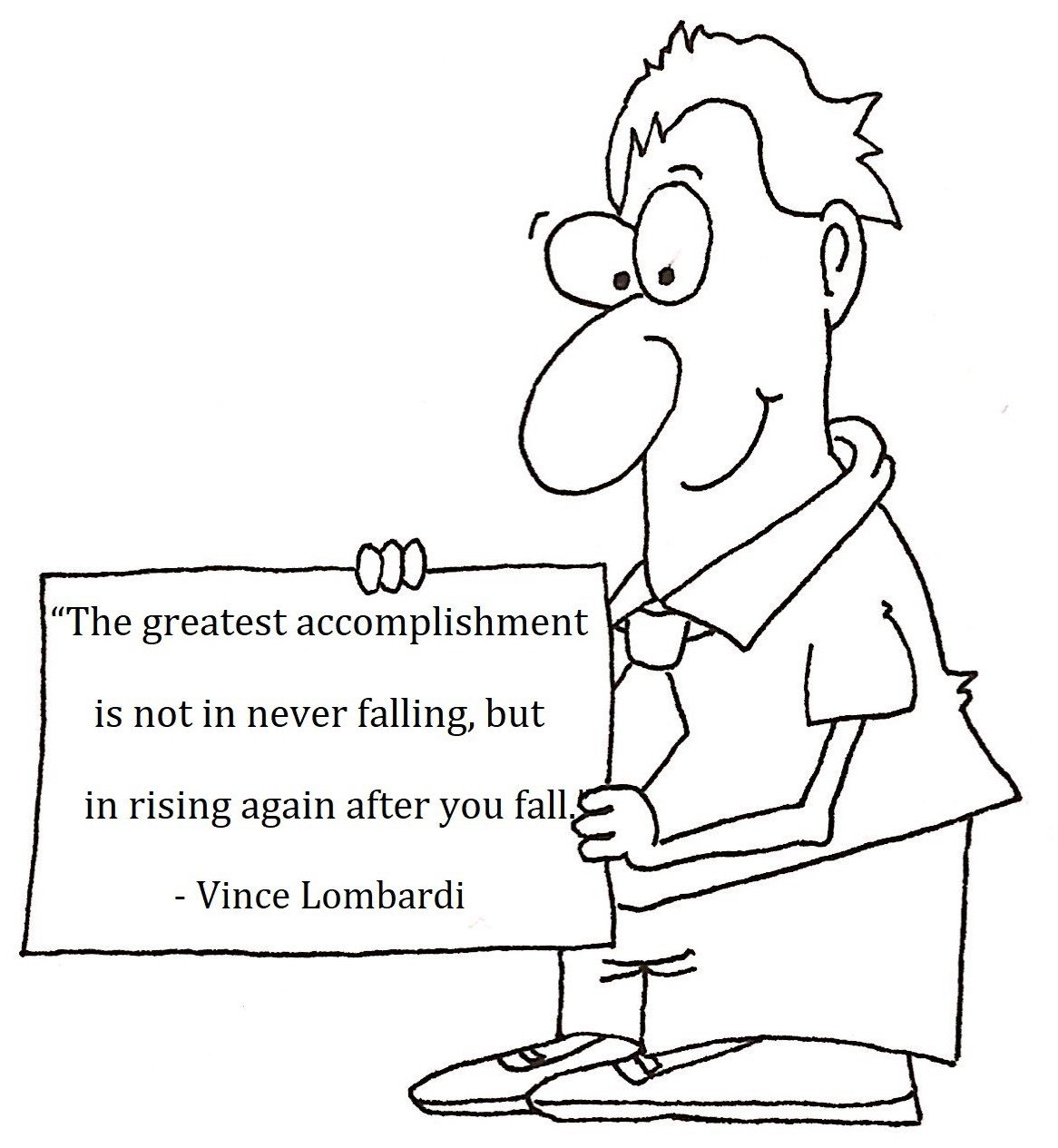 Guilt is about feeling bad, even disliking ourselves, over something we did or didn’t do in the past.  Guilt can be normal: the fact that we feel it proves that we have compassion for others.  At the same time, guilt can become so toxic and destructive that it overwhelms, and that’s when it’s time to stop and analyze the situation.  How do you overcome guilt?

Unwarranted guilt. Are you guilty about something that was beyond your control?  If so, you need to remind yourself of that.  Remind yourself over and over.  Keep yourself grounded in reality.

Failure. Sometimes guilt is the result of failure, in the form of shame.  Shame at failure is a great source of suffering.  But just because we failed to achieve a goal the first or second or third time around doesn’t mean the goal’s unattainable.  Sometimes the trick is not giving up.  Learn from your mistakes.  They make you stronger.

Did you know many famous over-achievers have a history of failure?  Einstein didn’t speak until he was four, causing his teachers and parents to think he was mentally handicapped, slow and anti-social. Later he failed many classes, was expelled from school, and was even denied admission to the Zurich Polytechnic School.  Another example is Thomas Edison.  His teachers described him as “too stupid to learn anything.” He was fired from his first two jobs for poor productivity. He then made 1,000 unsuccessful attempts at inventing the light bulb before he succeeded.

Right the wrong. If you’ve hurt another person, it’s best that you try to compensate for that harm.  None off us can go back and undo our mistakes, but we can do our best to ensure that those we damaged don’t pay for our misdemeanors.  Do your best to make amends, to right the wrong.  Start by trying to make it up to the person you’ve hurt.  Pay them back the money you owe.  Fix the furniture you broke.  Do some chores around the house, even if they don’t notice.  Apologize and try to fix things.  If attempts to talk are either unsuccessful or potentially harmful to the other person, compensate in a different way.

Letter. Write a letter to the person you’ve hurt.  You can send that person the letter if you want, as long as the letter won’t hurt him.  Again, if contacting the person will only make things worse, go ahead and write the letter, then burn it, throw it away, share it with someone you trust, or do something with it that makes sense to you.  What should you write?  Try the following:

(2) Describe the situation from the other person’s point of view.  Show him that you are trying to understand.

(3) If you need to say you’re sorry, apologize.  If you need to make peace, offer a solution, something that works for both the other person and you, an agreement in kindness.

If you do send the letter, remember that you might not be forgiven.  But you’ll have done the best you can, reaching out with good intentions, and can be at peace with that.  There are other ways to make up for guilt.

General good.  Consider volunteering or joining a humanitarian movement to make a difference in the life of others.  If you can’t do it large scale, do one good thing a day and don’t tell anyone.

Symbolism. Consider doing something symbolic to make up for your mistake.  Write a poem, give money to a worthy cause, plant a tree, burn a candle at the window, or go to church – do something special that has meaning.  Make it a weekly or monthly ritual.

Change. If your guilt is related to addiction, criminal acts, anger problems, a negative response to a relationship, or other harmful patterns of behavior, the best way to overcome the guilt is to change your actions.  Pursue substance abuse treatment and quit drinking & using drugs.  Get on the legal straight and narrow.  Go to anger management classes.  Attend counseling or remove yourself from a bad relationship.  Whatever the challenge, make the change.  Promise yourself you can do better, and each time you fall, pick yourself up and start over again.

Forgiveness: Remember, no matter what you do, the person you hurt might not forgive you.  But you know you’re doing the best you can to make up for it.  Be at peace with that.

Sometimes guilt can linger no matter what you do, taking over your everyday life and causing problems in your relationships.  If the guilt is toxic and overwhelming, consider seeing a psychotherapist to make sense out of it.

“People are more than the worst thing they have ever done in their lives.”