You are here: Home / Other / Everything you need to know about Tourette’s Syndrome 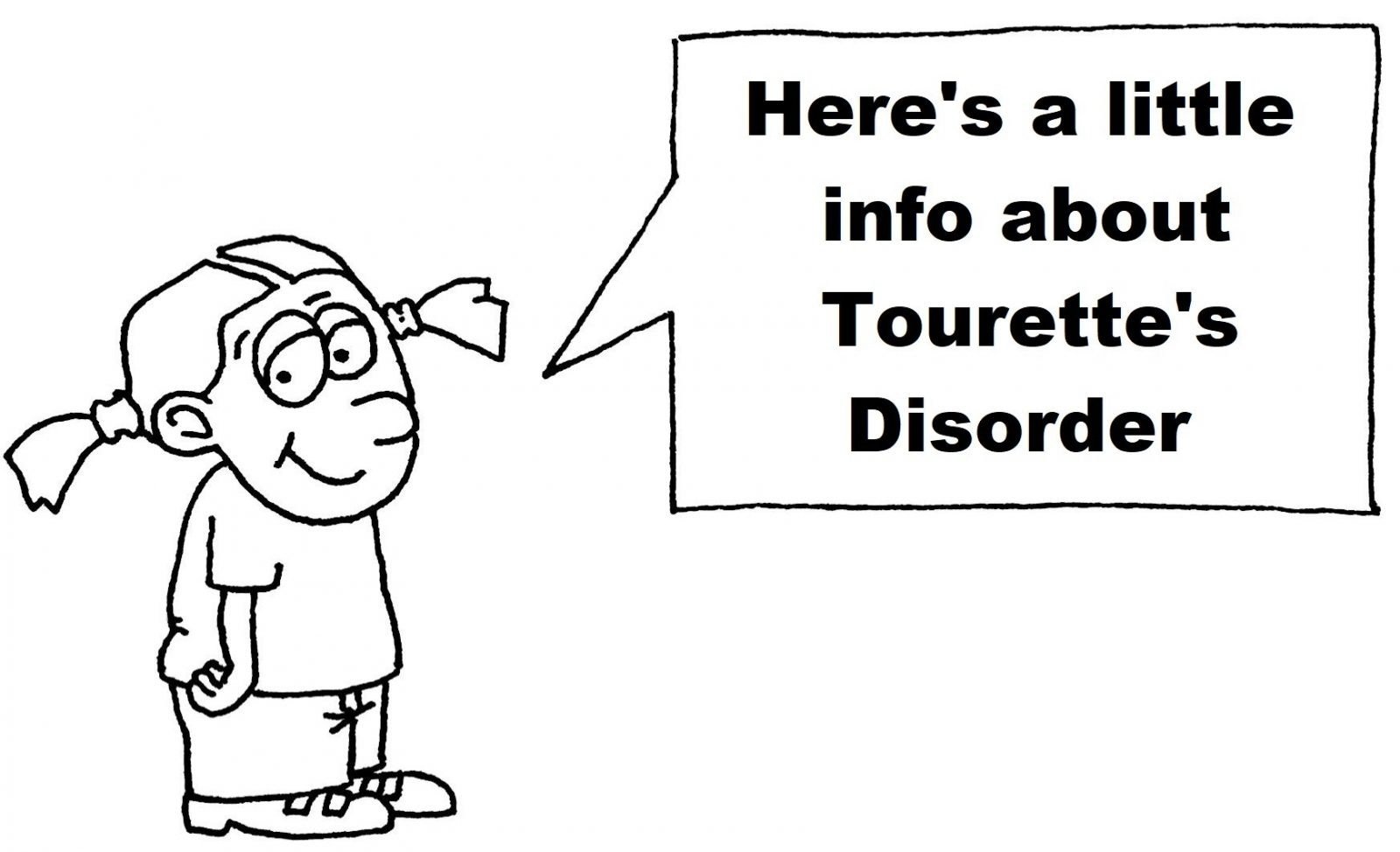 Children sometimes develop funny “habit movements,” where they shrug their shoulders, jerk their head, or sniff repeatedly without reason.  If you ask the child why they’re moving that way, the answer is usually, “I dunno.”  These habits are called motor tics, and they typically go away on their own.

But not always.  Rarely the tics stick around or get worse.  And some kids develop strange verbal outbursts, where they’re compelled to bark, grunt, or say random words — usually at the worst of moments.  These sounds and misplaced words are called vocal tics.

When someone has both motor and vocal tics, they’re diagnosed with Tourette’s Syndrome.

Tourette’s isn’t all bad.  Although people with Tourette’s have an illness, they tend to be witty, quick, and bright.  They’re very organized and, despite their struggle with tics, thrive in jobs that require attention to detail.  Consider surgeon Morton Doran or jazz pianist Michael Wolff, both diagnosed with Tourette’s.

That said, here’s a little more information about this disorder.

The syndrome was named after Doctor Tourette, or Georges Albert Edouard Brutus Gilles de la Tourette.  That was way back in 1885.  During his experience in the hospital, Tourette noticed nine patients struggling with the same symptoms — motor and vocal tics — so he wrote a paper about it.  The publication caught the attention of the medical world, and his supervisors too.  They named the illness after him.

How common is the syndrome?

Tourette’s is part of a spectrum of tic disorders, and tic disorders are quite common.  Experts say that about 25% of children experience motor tics at some point during childhood, but the movements typically resolve on their own.  Tourette’s itself affects three in every 1000  children between 3 and 17 years of age.

The illness usually shows up in childhood, between ages 2 and 15, although average onset is 6 years of age.  Motor tics start before vocal tics.  The majority of kids worsen during their adolescent years, then improve once they reach adulthood.

What are the symptoms?

Tics are sudden, rapid, recurrent movements or sounds that are hard for the affected person to control.  They are not voluntary, since the person isn’t doing them on purpose, but they aren’t entirely involuntary either.  The individual can, with a lot of concentration, stop or delay the tics.  Unfortunately, once they’re allowed to return, tics come back full-force before returning to baseline.

As described before, there are two types of tics: motor and vocal.  People with Tourette’s have both, although not always at the same time.

Tics can be debilitating.  Imagine attending church when you’re driven to make obscene gestures or yell out blasphemous statements.  Sitting a full hour without moving or speaking can be exhausting.   Now transfer that problem over to work, school, movie theaters, dates,  doctor’s waiting rooms, and a whole days’ worth of social interactions… it’s an enormous problem.

Tics also tend to “want to do” the opposite to what’s socially accepted, as though there’s a little man inside the brain who’s always thinking, “What’s scandalous thing can I do right now?”  Fortunately, tics do tend to wax and wane.

(Part of the official diagnosis: symptoms of Tourette’s start before 18 years of age.  They happen several times/day for at least one year and aren’t caused by medications, substance abuse, or medical problems.)

What triggers a tic?

Scientists don’t know what causes Tourette’s Syndrome, not the actual biological or environmental trigger that is responsible, but it seems to run in families, suggesting a genetic cause; specific genes haven’t been identified yet.

But what triggers tics on a day-to-day basis?  While stress, exhaustion, and excitement worsen symptoms, the incentive that drives a tic seems to be an internal one: those affected by the illness describe having an uncomfortable feeling, like a tickle or sense of tension, that intensifies until they give into the tic.  The need to avoid this tension is what drives the behavior.

What other symptoms are seen?

OCD is very common.  The obsessive part of OCD involve unwanted, intrusive thoughts that cause distress to the person experiencing them.  The compulsive aspect include rituals that must be performed right away to avoid anxiety or something bad from happening.  Both OCD and Tourette’s are driven by certain “feelings,” but the sensations are very different.  OCD symptoms are triggered by emotion, typically panic, anxiety, and angst.  Tics are performed to avoid a tickling or tense sensation

How do you treat it?

Tourette’s tends to vary from mild to profoundly problematic.  People with milder versions of the illness usually don’t need treatment.  When tics interfere with quality of life and ability to survive on a day-to-day basis, medical intervention is crucial.

Doctors use multiple approaches to control tics.  This includes medication and behavioral therapy.  Keep in mind there aren’t any cures for Tourette’s, but treatment can help dramatically.

Have more questions?  Check out the What is Tourette’s page on the Tourette.com website (this opens in a new window).

Subscribe to the mailing list to receive our free e-book, 100+ WAYS TO TAKE ON DEPRESSION... plus updates on recent posts, freebie handouts, new booklets for sale, and the latest Wacky & Wonderful Recovery news. Thanks!