Subscribe and receive a free
copy of the paradoxically serious
and humored WW Step One!!

You are here: Home/ Coping Skills & Self-Soothing/ More than one kind of anxiety problem 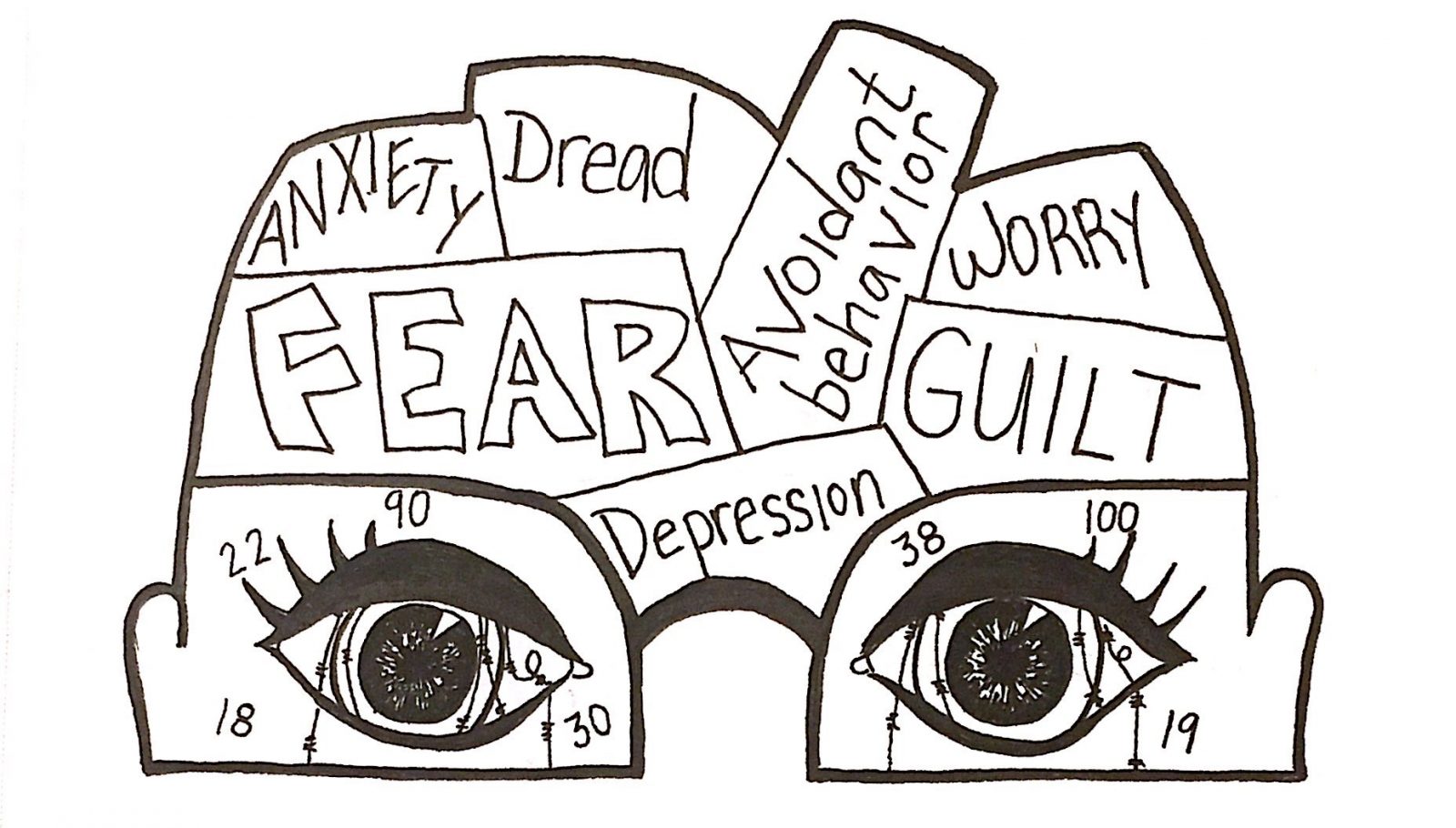 We’re all anxious at times, especially when stressed or facing something unpredictable.  Anxiety and fear help us pick up on threatening things in our environment and react – often before we know what that “thing” is.  But anxiety becomes an illness when it starts controlling and ruining one’s life.  There are many different types of anxiety disorders. See below for a partial list.

Panic disorder.  People with panic disorder suffer from attacks of intense anxiety lasting a few minutes to half an hour, though occasionally the attacks can last longer.  Symptoms include chest pain, problems breathing, fast pulse, dizziness, nausea, depersonalization, and a horrible feeling that one is going to go crazy or die.  Often the sufferer thinks he’s having a heart attack until a panic attack is diagnosed.  Panic attacks aren’t harmful; even then, the sufferer spends at least one month worrying that he is going to have another panic attack and does everything possible to avoid one.  The panic attacks interfere with function.

Agoraphobia.  Agoraphobia is fear of situations where a person might have a panic attack (or something similar) and not be able to escape, like closed-in areas, lines at the supermarket, or public transportation where there are crowds. Often people with agoraphobia stay at home to avoid having panic attacks in “unsafe” places.  In the process they become homebound.  Agoraphobia always interferes with functioning.

Generalized anxiety disorder(GAD).  GAD occurs when a person worries himself sick.  He can’t stop worrying, no matter how hard he tries, and the anxiety interferes with his ability to live his life. The worry is spread over life in general. Associated symptoms include irritability, poor concentration, problems sleeping, tense muscles, and fatigue, which have been present for at least six months.  The symptoms aren’t related to a specific event (like post-traumatic stress disorder).

Phobias. A phobia is an irrational and excessive, debilitating fear of an object or situation.  For example, a person might be afraid of heights, dogs, or fires.  Some people are overwhelmingly afraid of being negatively scrutinized by others; this is called social phobia.  Phobias interfere with a person’s ability to live his life.

Obsessive compulsive disorder (OCD). A person with OCD experiences repetitive, unwanted thoughts (obsessions) and/or intense urges to do certain rituals to avoid something bad from happening (compulsions).  OCD symptoms take up more than an hour a day, interfering with function.  Examples include obsessions about germ phobia or a compulsion to wash one’s hands fifty times a day to avoid getting contaminated.

Stress and adjustment disorders. These illnesses are caused by extremely bad trauma (post-traumatic stress disorder, PTSD) or by an unhelpful reaction to normal stress (adjustment disorder).  Symptoms of PTSD usually involve being “stuck” in the past, with a strong and fearful response to the present world. Symptoms include flashbacks, nightmares, being on-guard all the time, struggling with intrusive thoughts and memories one prefers to avoid, being jumpy, problems with anger, feeling numb and detached, and general sense that something bad is going to happen.  People with adjustment difficulties typically find themselves depressed, anxious, or doing things they wouldn’t usually do in the face of a stressor; their symptoms go away when the stressor resolves