You are here: Home / Mental Retardation/Intellectual Deficit Disorder / Why you can have a low IQ but still be amazingly smart

When you think of intelligence, what comes to mind?  Is it that math genius who scores well on IQ tests, with questions like the one above?  Okay, of course.  When you hear he has an IQ of 145, it probably means he’s very intelligent.

But what about people with normal or low IQ?  Can they be very intelligent?

We’re not talking about an “idiot savant,” where extremes of brilliance meet mental handicap.  This is about individuals who aren’t savants.

Consider the student who plays a mean, professionally-sound game of basketball every weekend (sound for someone who isn’t a professional) but can’t live independently because of a brain injury.

Or the boss who can lead a room full of employees to triumph against all odds, even though she had to repeat 9th grade in high school twice because of a severe learning disability.

One more example: what about the man with an IQ in the 60’s who plays drums passionately and with skill?  He never learned the alphabet, never learned basic math, but he can get a whole room swaying to his rhythm.  Is that intelligence?

These aren’t fictional characters.  They’re real people. One of them, the drum player, recently asked me what it meant to have a low IQ.  His major question: “Does that mean I’m stupid?”  I told him what I know: people with low IQ can be amazingly smart.

There’s no crystal ball declaring one person smart and another not.  Nor is there an existential sign across the forehead saying “genius” or “low IQ.”  As physicians we’re left with a gut feeling: there’s something wrong with this kid.  She’s failing all her classes.  She’s having problems keeping up with her peers.  So we order an evaluation.  “Neuropsychological testing,” we call it.

The Wechsler Intelligence Scale for Children (WISC) is one of the most common tests used to assess for intellectual deficit disorder, or IDD (IDD was formerly called mental retardation).  The version for adults is called the Wechsler Adult Intelligence Scale (WAIS), and it tests for neurocognitive disorders in people over 18 years of age, like dementia.

As expected, the WISC and WAIS measure many types of cognitive ability.  You want the formal list?  That includes mental speed, capacity to juggle information in one’s head, coordination of hand-eye movements, and production/comprehension of speech.  Nonverbal reasoning, math, problem-solving abilities, and general knowledge are in there too.  That’s not an exhaustive list.  For a good breakdown of the WISC 4, the most recent version of the test, check out school-psychology.com.

Most people score between 90 and 110.  A child facing severe challenges with function and a full-scale IQ (FSIQ) lower than 70 would be diagnosed with IDD. A grown-up with decline in cognition (after age 18) probably has dementia; that’s a neurocognitive disorder like Alzheimer’s, stroke dementia, traumatic brain injury, or the result of chronic alcohol/substance abuse.

The downs with IQ testing

The WAIS and WISC aren’t off mark, not completely.  I dare say we need them.  Without neuropsychological testing, it would be impossible to assess cognition and adaptive functioning.  And if you have no idea what’s going on, how do you choose the right treatment for your patient?  When it comes to identifying cognitive problems, testing is better than no testing.  IQ tests don’t have all the answers, but they push us in the right direction.

But testing isn’t as reliable a measure as you’d think.  Psychologists do their best to be consistent and fair, but it’s impossible to account for every little detail that comes into play.  In the end, there are countless reasons why testing doesn’t fully determine intelligence.  Here are four reasons.

1. IQ levels can fluctuate over time.

Most psychologists will say IQ doesn’t fluctuate much throughout one’s lifespan, but this isn’t necessarily true.  People score lower when depressed, anxious, intoxicated, or stressed.  A teenager who’s overwhelmed by abuse at home, sick with a cold, or lovesick over a recent breakup may score lower than their expected capacity.

Alternatively, people can potentially improve their IQ by “studying” for the test; there are dozens of websites selling IQ improvement courses, typically aimed at desperate parents wanting to set their kids up for success.  HighIQPro is an online course for adults. (Note: this is not an endorsement!)

Despite the fact that IQ can vary over time, once an individual has an official diagnosis of low intellectual functioning, testing isn’t usually repeated until years later, if at all.  The results from that one test affect all future decisions.  That’s like failing a math test in elementary school and having it determine where you go to college. 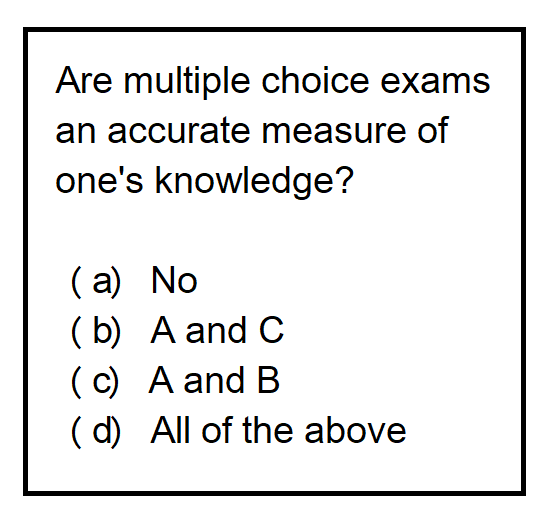 Intelligence is considered an intrinsic quality, meaning it’s something you’re born with.  Level of education shouldn’t make a difference in IQ testing, but it does.

There’s no way to avoid it: level of education impacts IQ dramatically.  The less education, the lower the score.  For example, children raised in poor neighborhoods, where there’s pressure to abandon school early (to go to work) tend to demonstrate lower IQ’s than what’s expected.  Conversely, education at a top-notch school tends to “raise” the IQ.

It’s not that the educated are smarter.  They’re just more familiar with the testing material.  They’re also better trained at taking exams, especially multiple-choice questions.  Psychologists try to take different levels of education into account when calculating IQ scores, and newer versions of the exam are leaning towards nonverbal measures (relying less on words), but there’s still the testing factor.  The more often you take tests, the better you get at them.

Cultural bias remains an issue, and it influences IQ.  What does this mean?  Basically, answers on the test that are correct in one person’s culture can be wrong or nonsensical in another’s.  This affects scoring and outcome.

The right answer is “saucer.”  However, many test takers (especially non-Anglo examinees) didn’t grow up with saucers in their homes, so “cup” to “saucer” is an unfamiliar concept.  To them, “saucer” seems the least likely option, as they equate it with aliens and UFO’s flying in the air.

Cultural bias means lower test scores, thus artificially “lowering” the test taker’s IQ.  A person with an expected IQ of 130 who doesn’t have the cultural background to understand these nuance questions loses considerable points.  This calls into question the reliability of IQ testing when comparing one culture to another.

As much as it may seem, this article isn’t about the academic, cultural, and race-challenging difficulties people encounter when they get IQ testing.  We’re here to take on the title: “How you can have a low IQ and still be amazingly smart.”  How does that make sense?

Here’s the rub: neurocognitive evaluations are intended to measure intelligence, but they don’t test every type of intelligence.  This is big.  This is very, very big.  Big enough to warrant a separate section in this article.  We’ll call it “different types of intelligence.”

If you type in the words “kinds of intelligence” into any search engine, you’ll find a hefty range of cerebral abilities we humans are capable of: 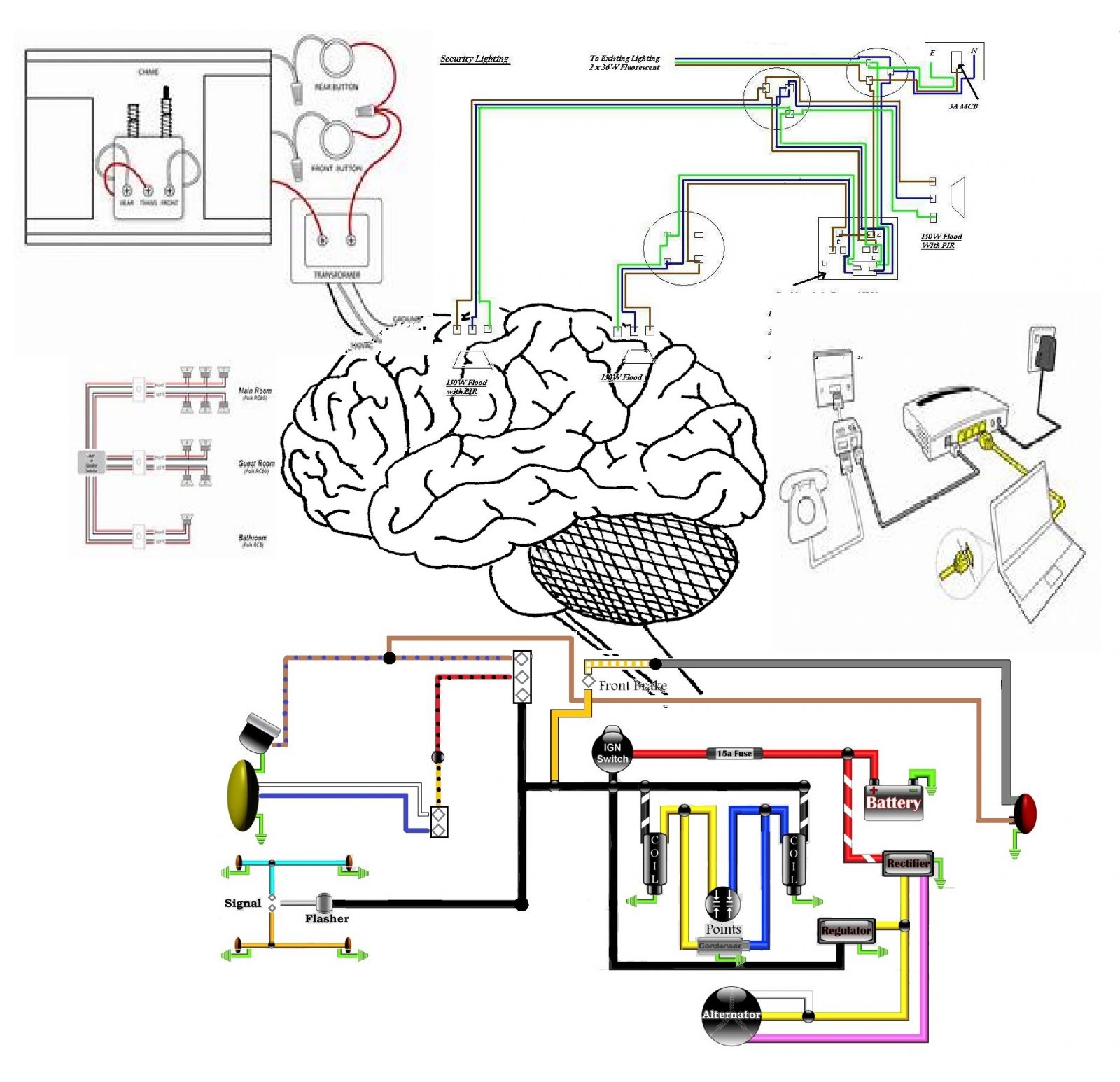 But is this all intelligence?  Depends on who you’re talking to.  Turns out there is no universal definition for intelligence, but the one I like most comes from the All Words Dictionary:

“The ability to use memory, knowledge, experience, understanding, reasoning, imagination, and judgment in order to solve problems and adapt to new situations.”

I wish the definition included music, social skills, street smarts, capacity to lead, kinetic activities like dancing and sports, and much, much more, but it’s a start.

In other dictionaries, intelligence refers to a set of skills that allows one to out-think or out-perform one’s peers.  While it can be purposefully improved with practice, it’s an innate ability.  You’re born with it.

Unfortunately many types of intelligence aren’t assessed in standardized IQ tests.  The WISC and WAIS don’t check for street-smarts, leadership ability, heightened empathy and capacity to understand others.  They neglect to test for athletics, musical know-how, creativity (imagination, art, writing), practical intelligence like fixing cars and making clothes, and that undying optimism some people have that never falters.

The theory behind all these different types of intelligence is that each of us has strengths and weaknesses.  Modern-day IQ tests pick up on several types of “strength,” but not all of them.  If a person doesn’t have the type of intelligence being tested for, they’ll test positive for an intellectual deficit — a real one — but they’re not dumb.  It just means they’re not being evaluated at something they’re good at.  Give them the right test and they thrive.

I suspect most people have intellectual deficits in one thing or another.  This is likely balanced by amazing intelligence.  We see this pattern everywhere.  Think of mum, who’s poetic and literary but can’t handle an ounce of mathematics.  Think of dad, who’s profoundly logical and effective and who problem-solves as though he were invented for it, but who doesn’t have a wink of poetic creativity in his blood.  Is one smarter than the other?  Do the abilities of one outweigh or outmaneuver the abilities of the other?  No.  They’re just different.  Equally intelligent but different.

In conclusion: that’s how you can have a low IQ and still be exceedingly smart.